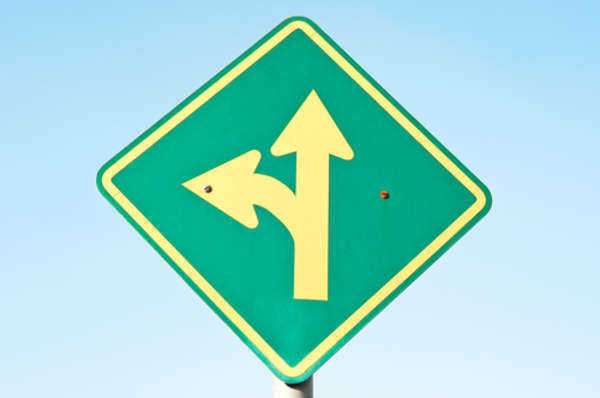 Motor vehicles often come into conflict with each other as well as in conflict with pedestrians due to intersections of their intended courses of travel, and by doing so can potentially interfere with each other’s routes. The general idea of right of way is that it establishes which party has the right of way to go first, or they have priority on the road. Right of way establishes who has the can use the conflicting part of the road first and who must wait until the party does so. Often, there are no explicit laws regarding right of way, but rather there are certain procedures that have to be followed in order to pretend accidents.
Signs, markings, signals and other features are used very to explicitly mark priority. Some markings or signs, such as a stop sign, are almost entirely universal. When there are no expressed signs or markings, there are different rules depending on the location which are observed. These default rules about right of way can vary between different countries, and can even differ within a country. However, more recent trends push toward uniformity as exemplified by the Vienna Convention on signals and road signs, which sets standardized traffic control devices such as signals, markings, and signs in order to establish right of way when needed.
Uncontrolled vehicular traffic sometimes comes in the absence of any lane markings or traffic control signals. On roads that do not have marked lanes, drivers will usually keep to the appropriate side of the road if the road has the appropriate width. However, drivers can overtake others frequently or can deal with obstructions while driving, both which can affect right of way.
Intersections that do not have any signs or signals, and a specific road at a very busy intersection can be more dominant based on its traffic flows, until there is a break in traffic which can allow the dominance of traffic to shifts to the other street where vehicles are currently waiting. At the intersection of the two perpendicular streets, a traffic jam can result if all four vehicles face each other. Traffic on a public street usually has right of way over other traffic, like the traffic coming from private property. However, there are exceptions to this, such as at rail crossings or drawbridges.
Right of Way at Stop Signs
You must yield the right of way to all other vehicles and pedestrians when you are at a stop sign. You can only move forward if the road is clear. For four-way intersections with stop signs on all sides, the first vehicle to stop is usually the first to move. If two motor vehicles meet at the intersection at the same time, the driver on the left side yields to the one on the right.
Right of Way at Open Intersections
An open intersection is an intersection that does not have any traffic control signs or traffic signals. When you enter an open intersection, you have to yield the right of way in the following circumstances:
• There is another vehicle already in the intersection.
• You leave an unpaved road and enter a paved road.
• You cross or enter a state highway from a secondary road.
• You plan to make a left turn, but a vehicle is approaching towards you from the opposite direction.
If two cars enter an open intersection at the very same time, the driver on the left has to yield to the driver on the right. Failure to yield to right of way in an open intersection is one of the most common causes of accidents on the road.  When an individual does not yield to the driver that arrives first at an intersection, or the driver on the right, they can potentially confuse the other driver and cause an auto accident.  They can also potentially face serious consequences like traffic points, fines, or other penalties.
Right of Way at Roundabouts
Roundabouts are a fairly new type of intersection that is becoming more common in the United States. Roundabouts improve traffic flow and help reduce traffic crashes. Many roundabouts do not require any stopping, which allows motor vehicles to continuously move through intersections at the same low speed. Roundabouts are set up to move all traffic in a counterclockwise direction. Any vehicles that approach the roundabout must yield to circulating traffic. There is a right of way that is observed at a yield sign. Here, a driver must slow down or stop to yield to any to any traffic that is approaching from the left. You should not merge into any lanes, but rather choose the appropriate lane that will take you where you want to go. When there are any emergency vehicles in a roundabout, the emergency vehicle has right of way and other drivers should exist is possible, and if not, immediately pull over.
Right of Way at Pedestrian Crossings
Crosswalks are very common in populated areas, and can indicate that pedestrians have right of way over vehicular traffic. In many modern cities, a traffic signal is used to set up right of way on a busy street. The main purpose of these signals is to provide each road a specific period of time where traffic may can the intersection in a specific organized way. The intervals of time set up for each road can be adjusted in order to take into account different factors such as the needs of pedestrians, the volume of traffic, and other traffic signals. Pedestrian crossings can be located near other different traffic control devices. If those devices are not regulated somehow, vehicles have to give right of way to them while in use.